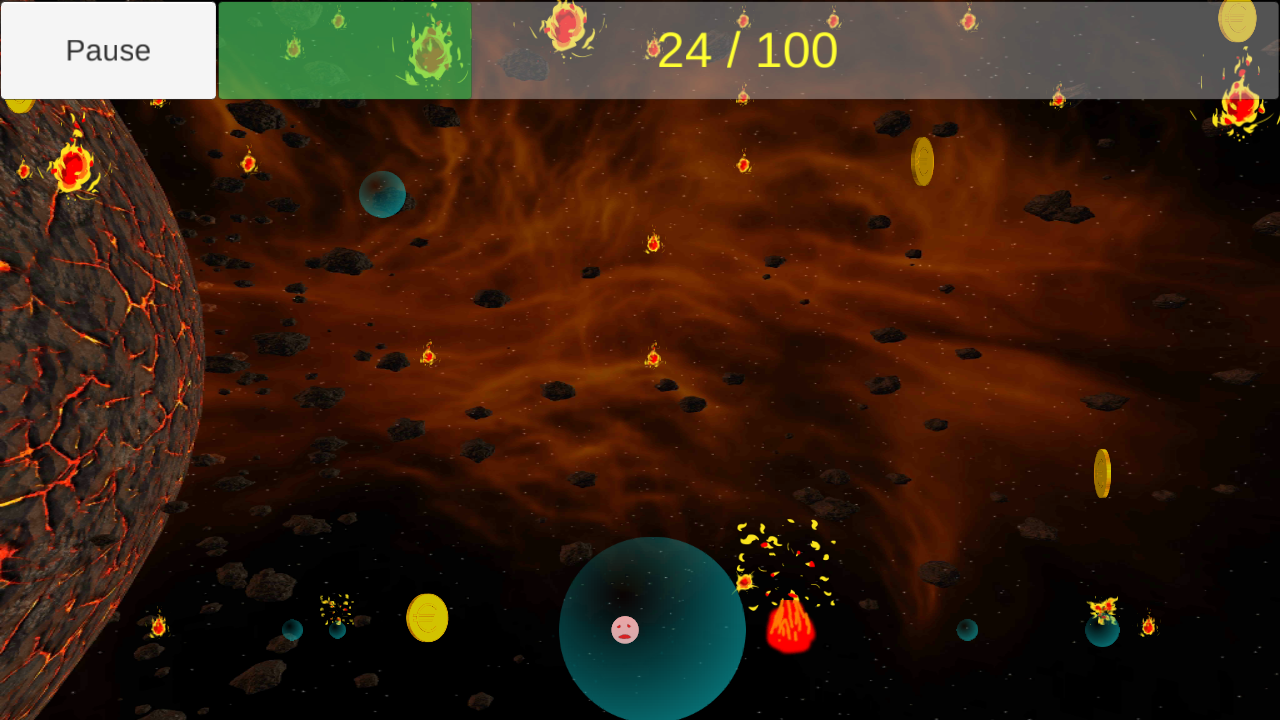 The Player can control the figure by touching the screen on the left or right side of it or if the device is equipped with an acceleration sensor by tilting the device.
To allow playing in tilted state the touch input overwrites the tilt input and will deactivate it until big tilts occur.

Collecting a number of Coins while not getting hit by deadly objects.

There is a big variety of elements that can fall from the top. They variate with the current level and coin count.